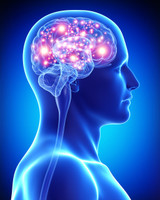 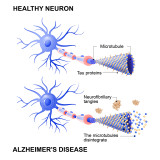 New discoveries about the connection between quantum physics, consciousness and the microtubules in the brain give us hints about how to experience a quantum leap forward in longevity and vitality!
Check out the original article at Nassim Haramein’s site: Resonance.IS.
When you consider the power of quantum biofeedback, using technologies such as the Genius, we are constantly guided and informed of why and how biofeedback works along with human consciousness by learning about quantum physics.
We learn that everything in the human body is not static in any way. We much more wave form, much more energy than we are solid density. We are way beyond what we appear to be. Learning the principles of quantum physics allows us to have eyes to see this. What this means is that every frequency we run has the potential to profoundly change us. We are dynamic beings, responding powerfully to the frequencies around us. We also create frequencies through words. So frequencies from the Genius and even our own words and thoughts are all powerful agents of change in a body that has infinity possibilities and potentials in the present moment. These frequencies, thoughts, mantras and affirmations are also imprinting the water within our being and at a cellular level this turns out to be very important. In fact, at the very level of the microtubule - where consciousness may live - water is immensely important.
We already know that the DNA can be influenced and shifted. For example, in James Oschman’s book, Energy Medicine, he states:
“The movement of DNA is electronic, not ionic. DNA molecules are referred to as quantum wires and can function as antennas.”
All of this means that every aspect of us is very changeable. And that we have the power to create this change. Quantum biofeedback gives us a technology that is a vehicle to making that change. This is because we are using a technology, such as the Genius to direct the frequencies that we want to the places that we want them to go. We can further benefit from this newly discovered information about the truth of the human body, as really more wave, more energy than physical density, in the new information about the brain microtubules.
Use this series of panels for identifying parts of the Microtubule system that are requesting energy and harmonization. Use the panel of affirmations and directions for the microtubules in order to activate optimal microtubule function!
Microtubule Assessment - Harmonize the centriole, tubuline, guanosine triphosphate, signaling molecules such as the dyenins and kinesins.
Microtubule Solutions - Frequency direction that assists in bringing about the highest functioning of the microtubules for the most rapid transmission of information
Reviews

Be the first to review this product.

$147.00
$97.00
Want the full list of Ciculatory Libraries? Check out the link below: Circu
Add to Basket
Add to Basket

$97.00
$77.00
Pineal Gland Activation and Upgrade - With the current barrage of EMF's and blue light on computers, phones and tablet screens the pineal output of meltanonin may be suppressed. Further, it is...
Add to Basket
Add to Basket

$97.00
The key to a truly healthy body is healthy digestion. In the stomach, hydrochloric acid plays an important role in helping this digestive process. Stomach acid helps to prime the pump for all of our...
Add to Basket
Add to Basket

$127.00
$97.00
Some of the benefits of getting into ketosis include weight loss, improved mental clarity, prevention of cognitive decline and more! For the full list of Weight Loss Libraries...
Add to Basket
Add to Basket
USD